“I am suggesting that your husband’s misfortune did not occur in an airplane.”
A tremor, as if from an electrical charge, passed through Judy’s body, causing her hand to jerk and tip over the glass, smashing the crystal and cascading water across the table… 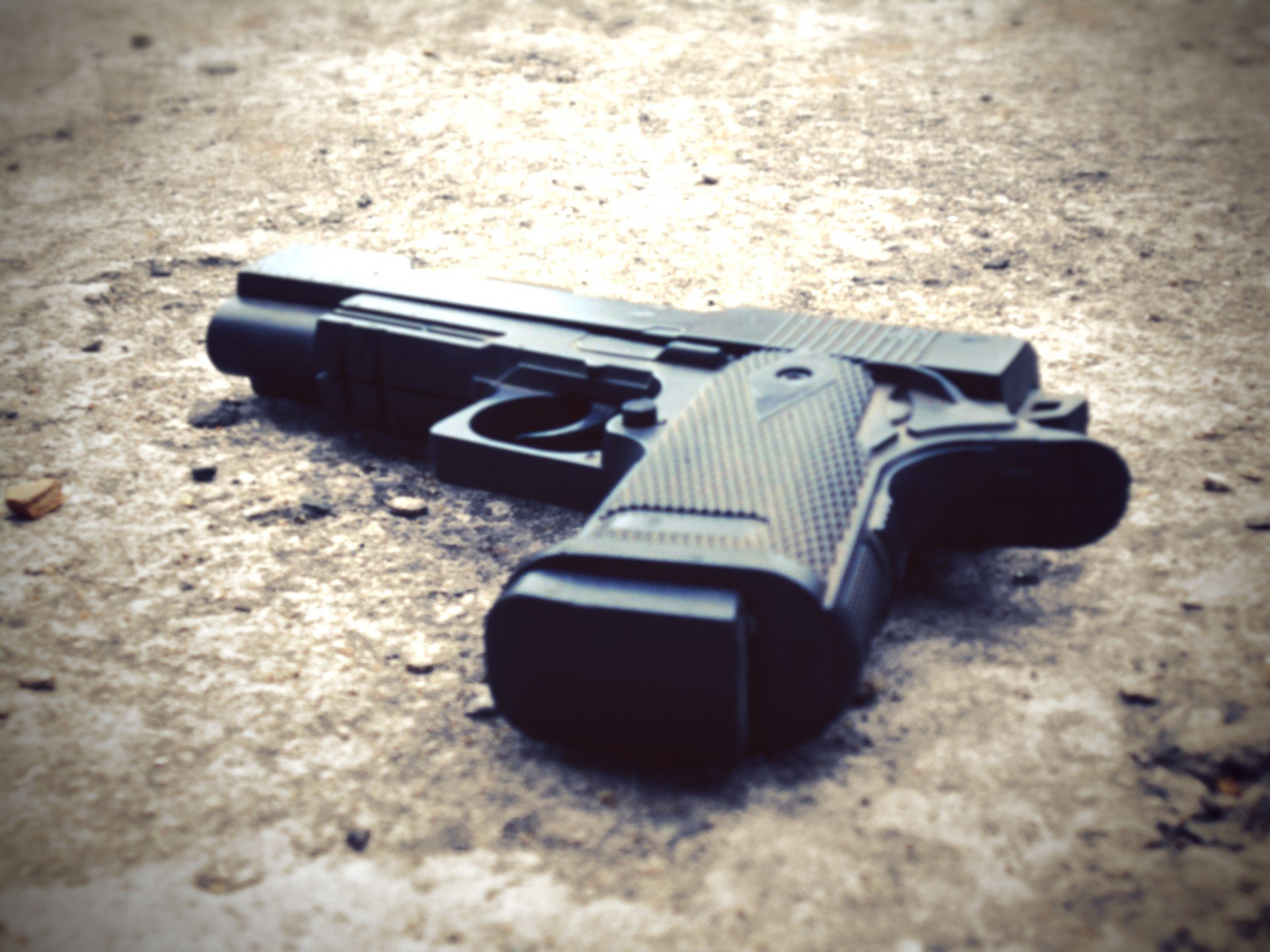 The phone rang as Dom sat at his kitchen table, pushing away the remnants of a late breakfast.  The caller ID said “NTSB”.

“That’s it.  Say, Walt, I think we’d better move on this right away.  Can you come tomorrow?”

Judy lived near Detroit, about an hour away in Dom’s airplane.  He landed late that afternoon and took a cab to the restaurant, spotted her immediately when he walked in, looking as elegant as when he had last seen her.

He asked for permission to sit and said, “It’s good of you to meet me”.

She considered him with her large, dark eyes.  “You did not offer me much choice.”

“I regret the circumstances.”

“And what, exactly, are those circumstances?”  She stared at him, unblinking.

“Attempted murder”, he said, studying her face.  A small vibration on the floor suggested a movement of her foot.

“That is a serious circumstance”, she replied.  “And are you, may I ask, the predator or the prey?”

“Fascinating.”  Her airy voice was calm and cool.  Her expression betrayed nothing.  “And in which of these roles am I to assist you?”

“Let’s start with the attack upon me.”

“An exciting place to begin, I should think,” she said, looking across the room.

She looked back at him, canted her head slightly, shifting the gleam of light in her hair.  “How then may I be of service, Mr. Roo?”

“I believe you are acquainted with the attacker.”

“Our mutual friend, Fred.”  Here, Dom witnessed an unambiguous blink and a slight retreat of her graceful face.

“I assure you,” she said, shaking her head.  “I know nothing about this.”

“But perhaps you can help me understand his motivation.”

Judy looked away.  “I don’t know him that well.”

“Now you surprise me, Mrs. Cain.  As I understand, you and Fred were engaged to be married, once upon a time.”  She blinked again, slowly, and paused before replying.

“That was a long time ago.  I have since been married to someone else.”

“Forgive my mentioning it, but to someone who met with misfortune.”

“Yes, nearly two years ago…” She studied the water glass for a moment then looked up to meet his eye.  “A quite permanent misfortune.”

Dom returned her level gaze, studied her flawless face.  “Do you like airplanes, Mrs. Cain?”

“I use my maiden name of Sayers, Mr. Roo, and that is an over-broad question.”

“Very well, Miss Sayers.  Do you like Fred’s airplane?”

She hesitated again, and Dom saw her eyes widen.  “I am not comfortable in his airplane, no.”

“But I saw you enter it, seemingly without reservation.”

“I changed my mind.”

“What about that particular airplane caused you to change your mind?”

Her lips opened slightly, and her head drew back.  “There is nothing about that airplane.  I just changed my mind.”

“Please forgive my insistence, but it seemed to me that the airplane surprised you, Miss Sayers.  Was it, perhaps, familiar to you?”

She drew back slightly.  “N…No.  I am told it is an airplane that Fred has re-manufactured.”

“That is true, in a manner of speaking.”

“What are you suggesting?” she said, running her fingers over the long stem of her water glass.

“I am suggesting that your husband’s misfortune did not occur in an airplane.”

A tremor, as if from an electrical charge, passed through Judy’s body, causing her hand to jerk and tip over the glass, smashing the crystal and cascading water across the table. She raised a trembling hand to her face as Dom snatched up a napkin, saving it from the deluge, and gently offered it to her, then folded the sodden tablecloth and drew it away.

A waiter, witnessing the disaster, approached to give aid.  Dom handed him a 20-dollar bill, took the towel from his hand, and waved him off.

“Miss Sayers, I’m very sorry to upset you.  Do you dispute my suggestion?”

She dabbed her eyes and exhaled.  In a small voice, she said, “I do not.”

“Then I must ask again.  Is Fred’s airplane in some way familiar to you?”

Her shoulders shook, and her face again disappeared into her hands.  A moment later, she nodded and said, “It is.”

Judy sighed and met his eye.  “There is an instrument in the airplane… The glass that covers the instrument is chipped in a distinctive way.  I was there, in my husband’s airplane, when the damage occurred, about four years ago.”

“I am trying to understand, Miss Sayers, and I have no desire to cause you pain, but I must ask: were you in any way involved in your husband’s death?”

Her expression changed, her eyes wet and red and defiant.  “Aside from fearing and hating him, do you mean?”  She spoke in a low, trembling voice, her eyes burning into him.  “Aside from my great relief when I was told he would never come back?  Aside from praying I could somehow be free of him?”

Dom studied her face. “Yes, Miss Sayers”, he said gently.  “Aside from each of those things.”

Some makeup had come away and her eyes looked smaller, vulnerable.  He noticed slight wrinkles on her cheek and brow, and she noticed him noticing, but held his eye with a defeated — almost relieved expression.

She sighed again and said quietly, “Then, no.  If it is possible to be innocent of a crime that has released me as from a prison, then I suppose I am innocent.  Not”, she added, “that you have any reason to believe me.”

“And yet, somehow, I do”, Dom said, holding her eye.  “But we will need the police to believe you.  Do you understand what I am saying?”

“I am told that hell is eternal, Miss Sayers.  This may not be so.  I must ask one more thing…”

“Did you benefit financially from your husband’s death?”

“Yes.  Much of his property passed to me.”

“What about life insurance?”

“The claim was paid, and the money deposited into an account which I have not touched.”

“Because you had scruples?”

“I was uncomfortable but, in any case, I did not need the money.”

“You must understand that suspicion has been cast on Fred.”

“And I apparently cast it.”

“I don’t think that was intentional.”

“Did he know of the difficulty in your marriage?”

“Yes.  Ben and Fred had known one another in school and, after that, they did business together.  After I broke off my engagement to Fred…  Well, Ben was charming and persistent, and I eventually accepted his offer.  Fred strongly urged me to avoid Ben but, at the time, I assumed his motivation was jealousy.”  She shuddered.  “I soon learned better.”

“Oh, but it does.  Fred has retained an interest in you.  Was he pursuing you?  Did he think Ben was hurting you?”

“Ben hurt everyone, and he had dangerous friends.  It was no secret.”

“Yes, I’m told you were in the hospital…  How were you injured?”

She looked up in surprise.  “You misunderstood.  I was not injured.”

“Ben and his friends had nothing to do with it?  Nothing?”

“No, nothing.  He would have prevented it…”

“But…” Dom stopped, frustrated, then composed himself.  “Of course.  I’m being a terrible pest.  I’m sorry.”

He pondered as his eyes scanned the room.  “Who is the child?”

Judy looked up, followed his eyes.  “I don’t see a child.”

She stared at him for a moment, then started.  “Oh!  I…”  She quickly put her hand over the charm, then changed her mind, held it out to him — a photo of her with a smiling girl in her arms.  “It is my niece.”

“She’s beautiful, of course.  She is unwell?”   Though the photo was small, he recognized the faint line on the child’s arm, the IV tree in the background.

“She is better now.”

And in Roo’s mind, something clicked.  “You were in the hospital together.  That is what Ben would have prevented, isn’t it?”

She said nothing, and Dom carried on with some excitement.  “You… She needed a transplant, didn’t she?  A kidney?  Not bone marrow, I hope.”

“And now she has one of yours.”

“You are alarmingly observant, Mr. Roo, but I don’t see what this has to do with your case.”

“It tells me something quite important, Miss Sayers.  You have answered my questions and I notice our waiter hovering nearby; if I have not fatigued you too much, shall we order?”